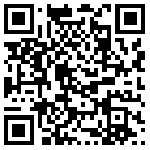 Shop through our app to enjoy:

Gamers Arena – ‘The’ destination for serious gamers and collectors

Esports are like video games which are played in a competitive but organized setting. The multiplayer games are team oriented, and the single player games are extremely popular. These can be battle scenarios or physical sport reconstructions. Gamers Arena is a platform for online esports wherein you can compete with other opponents or teams. One can earn money, game titles and make your way up to stardom. Based on these games, there are various collectibles, and trading cards which adults and kids love alike. One can also get figures based on anime characters.

Esports and collectibles – A hobby and passion

Bandai is known for its toys, plastic model kits and also video game consoles. Premium Bandai or P-Bandai which sells popular anime merchandise are known for their Gunpla kits. They also have a lot of other items like rings, watches, necklaces, and other accessories which are encouraged by anime characters and series. Their items cater for both male and females. Their fashion collaborations are such that many of their products are unisex. If you are a fan of Dragon Ball, Gundam, or Kamer Rider, then the Premium Bandai is suitable for you.

Bandai Gundam plastic models which started as early as 1980, are sometimes also called Gunpla. These are based on the famous Gundam series. It is quite popular with mecha anime admirers and model buffs. Gunpla kits are such that there are many pieces that can be snapped together to fit or may need glue. There are also kits which include stickers or decals. With various models and varieties, it is a good way to keep one occupied. Some models are unpainted, and you can paint them according to your creativity.

Some high-grade kits can also be screwed together, assembled or taken apart. If they have LEDs, then some wiring also may be done. Some famous kits are the Banshee Norn Unicorn, Sandrock, Wing Master Grade, Hobby HGUC, and so on. Some may also be limited editions. Figures can also have varied parts; they may have exchangeable expression parts. For example - The S.H Figuarts comes in three different expressions. One can even choose wavy hair or straight hair for different settings.

Whether it is esports or the toys and figurines that are based on them, Gamers Arena is well known for their wide range. Bandai collectibles have been at the very top since they originated. They became popular due to their anime series, but they are not confined to only anime; they also have collectibles from action movies. The Star Wars series is very well liked. Quality and variety are what Gamers Arena is known for. Perfect figurines for boys and girls are what they specialize in. If you are fond of esports or are an anime admirer, then Gamers Arena may be a good place to start. 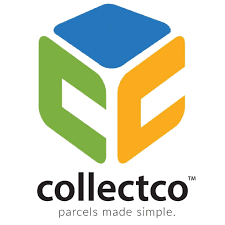